To watch the entertainment on a wide high definition TV Screen Apple Company has introduced its TV device in 2007 and then 2nd generation Apple TV of comparatively small size at quite economical rate became available for the customers in 2010. To jailbreak it the following steps need to be followed. It is a tethered Jailbreak process.

To start it you have to download the most updated version of Seas0npass from the following link.

Unzip the archive and launch it with a double click.

Click on ‘Create IPSW’ option present on the screen. 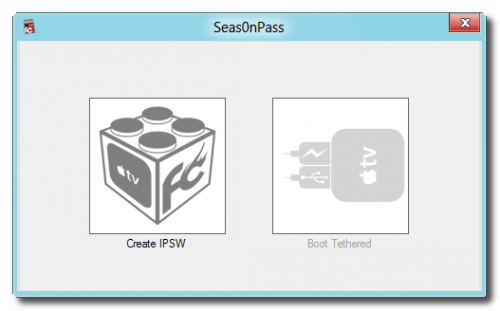 Latest Apple TV firmware file would then start to be downloaded. 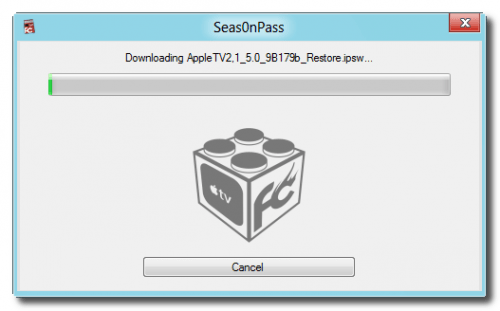 A custom IPSW file thus will be created. 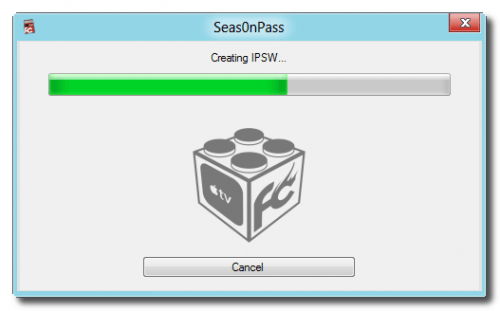 When custom IPSW file is created you are asked to connect Apple TV2G to the computer with a micro USB cable. With the remote you have to shift Apple TV2G to DFU mode and for this you need to keep press two buttons of MENU and PLAY/PAUSE at the same time for 10 seconds. It is possible that Apple TV may take few tries to get into DFU mode so keep trying. 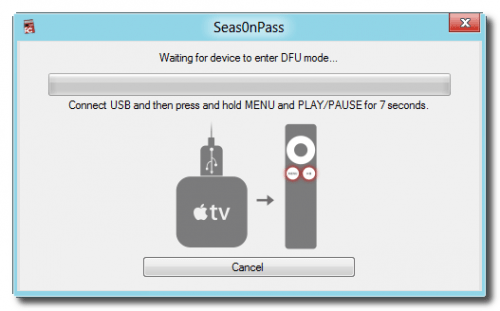 After getting in to DFU mode some files will get uploaded by Seas0nPass and also launch iTunes automatically then finally restoring to the new firmware. 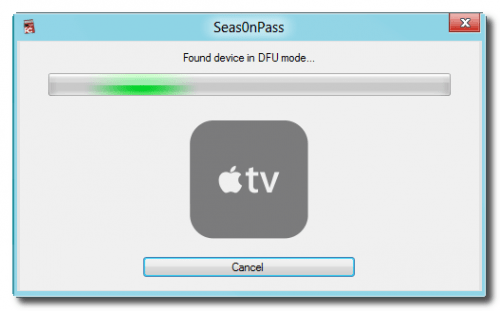 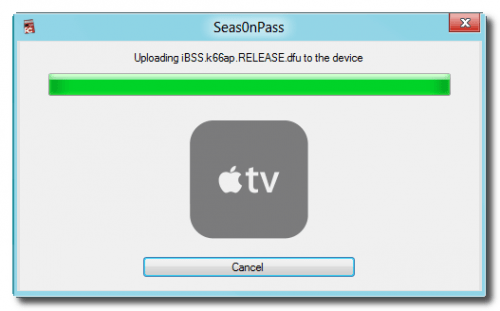 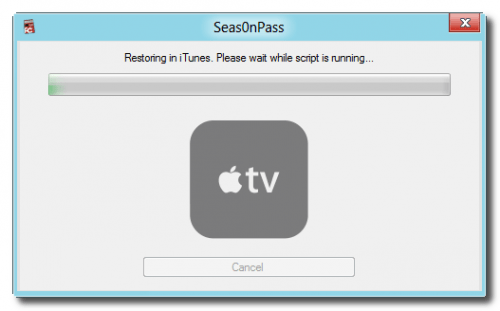 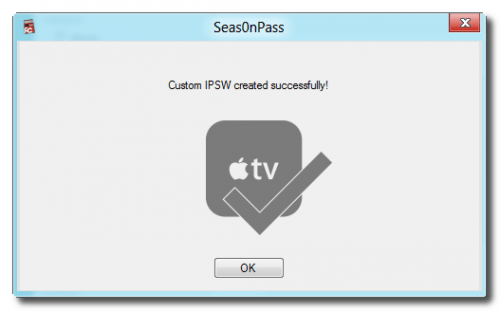 To boot Apple TV2G the instructions has been given below.

You need to launch Seas0nPass by making a double click on its icon.

Make selection of Boot Tethered from the menu. 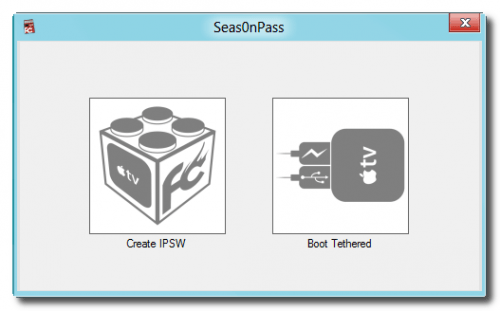 Once again connect Apple TV2G by using USB then keep MENU and PLAY/PAUSE buttons of the remote press for 10 seconds. 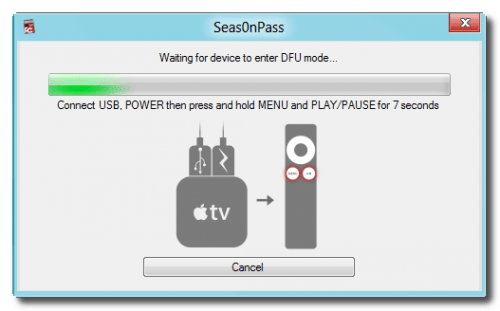 After detecting the TV in DFU mode Seas0nPass would start to boot. 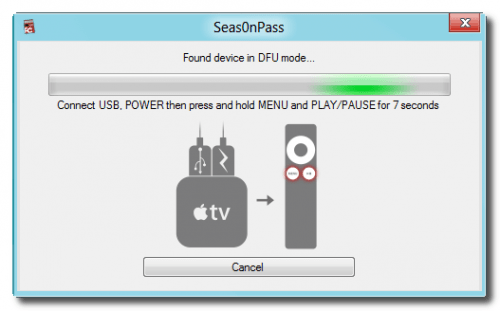 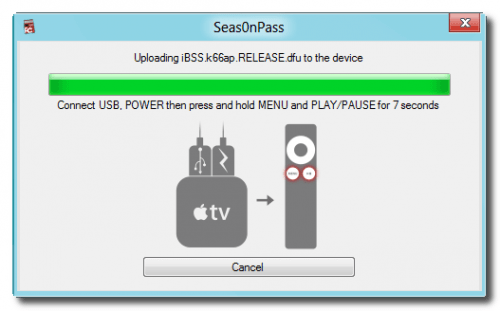 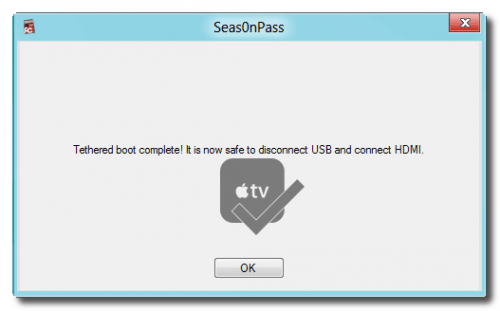